On Friday morning we handed over the keys to our flat and home of the last two years.

It's always a surreal (and I'm sure, universal) experience, having done it a few times between student residencies — stripping a place bare before looking at it for the last time and closing the door.

This time it was particularly poignant, as it was the first flat of ours as non-students. I remind myself that I know better – the brick and mortar isn't what made the place special, but rather the people and the things that surrounded it for those two years, which aren't the things you leave behind.

It's been a busy 4 weeks, and today marks the first day we had in the new house without anyone to see, or anything we had to do.

I thought I'd mark the occasion by beginning a new sourdough starter. A year ago, I began a starter of my own in our old flat, and got some great use out of it. The trouble was that the oven in the old place had some quirks — the majority of the heat would always reside in the front of the oven (unusually), and the baking tray we had would buckle under the high heat required to bake the bread.

Our new oven, unfortunately, isn't working at the moment. The circulation fan motor is busted, but it will hopefully be fixed on Tuesday. While I wait for that, and scout for a new tray, I have plenty of time to get a new starter up and running.

50g of flour and 50g of water is all you need. Every day for two weeks I'll throw away 50g of the starter, and reintroduce 25g of both flour and water. While a week is likely all you need to see some action happening, I'll be patient and keep it going for two, so that it's got a bit of a head-start when it comes to baking. I'll be reporting back next week.

Cold weather is also a slower time for fermentation, and we're certainly going through a cold spell – one I hear they call 'winter'. Today was 'Storm Ciara' – I prepared this morning by moving our food caddy off the street incase it blew half away across Bristol. Seems like the worst of it was elsewhere, as I spent a large portion of today spectating images of flooded towns north from here.

We had a visitor toad on our back door step earlier just before the worst of the storm. Apparently despite their hibernation, it's common for them to forage during milder days, which today certainly was. It's the first bit of wildlife we've had in our small patch, and one I wasn't expecting. I can only assume a nearby neighbour has a resident pond for the guy. Seems he was looking for somewhere to sulk in the rain. We didn't disturb him. 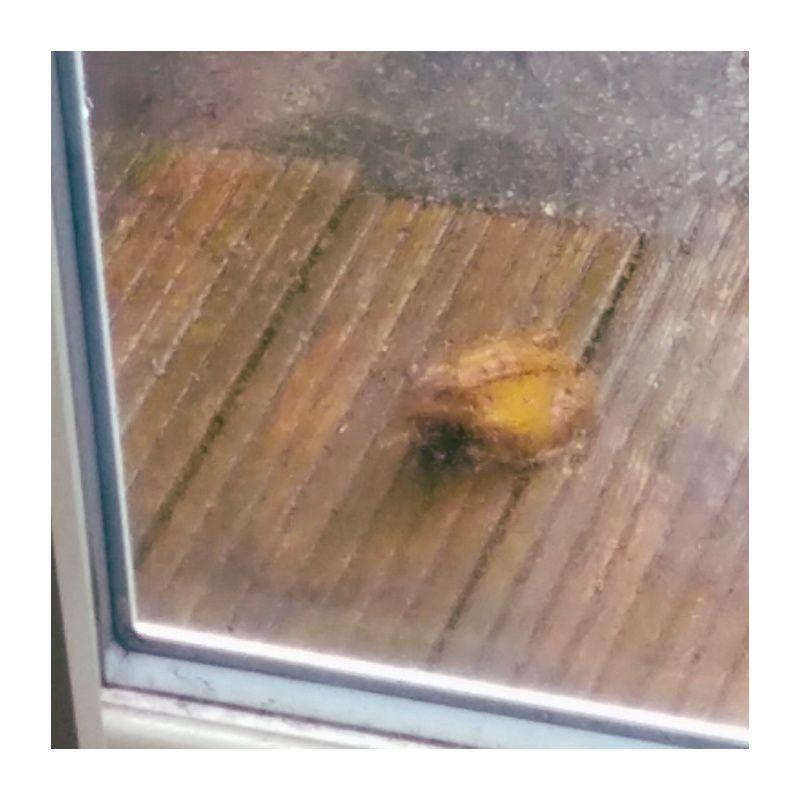 Otherwise, the day was spent organizing and preparing. The biggest job on our list is to sand down the floorboards in our to-be office. We've had plenty gawk at the prospect of us sanding it by-hand, but really we're only looking to unsettle the top coat of paint, not strip it down to the bare boards.

The previous owner used the room to paint in, so there's flecks and spills of different colours in all corners. They likely patched it up with white emulsion as they went. By sanding it down we make sure there's no unwanted blobs of black paint, or other colours peaking through. A fresh coat of much tougher paint should really smarten the place up, and if all goes to be plan, be finished by the weekend.

The yellow wall paint has been a contentious choice. Being the office, it's not a space we expect any guests to be seeing. I've always been fond of yellow, the room gets the most light of any during the day, and it's an expressive colour that will hopefully look great as we begin introducing some plants. I've since painted it a more mellow yellow than it was originally, which I think looks particularly great as the sun comes into the room.

We're already well over half way sanding it all down, and it's only been a couple hours work over a couple of days. Saves us buying a power-tool we'd likely never use again.

A good portion of the house is a dumping ground while we wait on the room to be finished.

The wheels are rolling, and I'm sure it won't be long until it all feels like our own, and each quiet day like this is a piece of the puzzle.